I'm anticipating this as much as I anticipate a Star Wars sequel: 105 Hikes

I cannot sit on this any longer: spoilers ahead.

Anyone who knows me or that can read the title of this blog knows that for a time I was a fanatic about peak bagging hiking guide books, most notably "103 Hikes in SouthWestern BC".  I own copies of all 6 editions, and have hikes most of the trails within all of them. 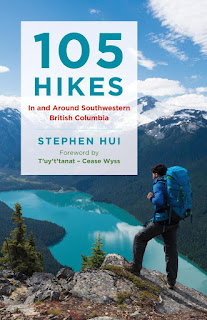 Recently, a string of sequential discoveries blew my mind. I'm glad they didn't come all at once because the shock might have killed me.

*FIRST: Rumours started circulating that a new edition of "103 Hikes" might be getting written.  But who would write it? The original writers have unfortunately moved on and the last collaborator expressed little interest.

*NEXT: Wanderung board member (and established writer) Stephen Hui was toying with compiling a book of his own. His secret "Death Star" project was shrouded in mystery (at least for me), but between his callouts to such a variety of places, and his prolific photography,.. it seemed like maybe it was hiking related.

*NEXT: Spoiler alert: Stephen Hui is writing what will be called 105 Hikes In and Around Southwestern British Columbia. Not since Darth Vader was revealed to be Luke's father did I feel such simultaneous confusion and "wow it all makes sense now".  But wait, is there really going to be another edition with those cartoon maps that I love, but others criticize so much?

*NEXT: Hold on to your asteroids, this ain't like dusting crops folks! Founder of Canadian Map Makers, and Coquitlam SAR volunteer Steve Chapman was assigned by Greystone books to collaborate with Stephen on the maps. BOOM!  Steve has a long history in this arena and even pitched an early product idea on Dragon's Den.  He also was a Wanderung subscriber and participated in many an adventure with yours truly.


Now I don't want to say that Wanderung made this all happen but... (well it didn't,.. but I love the connection!).  I've hiked with both of these guys on many a "103" hike through Wanderung (Alouette, Mt McGuire, Widgeon Lake, Williamson Lake) and could not be more excited to see the final product coming from the minds of 2 guys I've shared these kinds of adventures with. 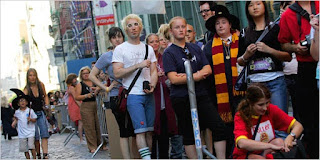 So let's recap:  Stephen Hui is writing 105 Hikes.  Steve Chapman is doing the maps. I cannot wait.  I will be there lined up like the next Harry Potter is coming out.

Move along, move along.

Email ThisBlogThis!Share to TwitterShare to FacebookShare to Pinterest
Labels: hiking